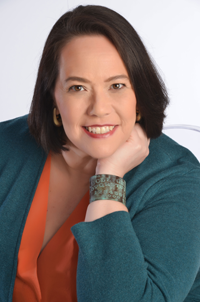 Hi, my name is Tracey Ingle, and I want you to know, I understand your frustration. I get it. I really get it. I’ve been an attorney since 1995 – over 20 years. I was a paralegal for 5 years before that. I’ve worked in big city law firms, and small suburban shops. Over 25 years of being in the industry what I’ve come to know is that lawyers are really good at doing things the way they’ve always been done. Am I right?

And like I said, I get it. I used to do that too. It’s proven. It works. It might not work the best but it works. And, well, sometimes the devil you know is better than the devil you don’t. Something different might be better, but it might not. So keep doing it the way it’s always been done and the outcome is predictable, even if predictably mediocre.

I’ve been running my own law business since 2002. And I too used to do it the way it’s always been done. And then one day, I didn’t. I just didn’t. That was around 10 years ago, and it’s been a crazy ride ever since.

I took my firm from me, to me and a part-time assistant, to me and a full-time assistant, then added a paralegal, and then added an associate attorney. The firm has always had only one rainmaker though and that would be me. Weekly BNI meetings. Attending Chamber mixers. Countless “get to know you” breakfasts, lunches and coffees. Then, in 2012 we came “this  close” to hitting a half-million in gross income. “This close!”

In 2013 we were poised to smash through that half million dollar mark when the unthinkable happened. My Dad got sick. I mean really, really sick. Acute myeloid leukemia, 0% 2-year survival rate kind of sick.

And that began a 14-month run on adrenaline to the point of sheer exhaustion. For the first five or six months, Dad was at Mass. General in the ICU, then the cancer unit, then into acute rehab, then rehab, then respite and then finally home. And during that time I went from being the primary rainmaker in my business, working 50-ish hours a week, to being in the office 5-10 hours a week, barely focused when I was there, and not networking a bit the entire time.

By the time things bottomed out in 2015, we’d backslid nearly 40%. But you know what the blessing was? I had built a business that withstood that. I had already branched beyond “the way it was always done” so that my business survived that crisis.

I give much credit to a team with an amazing work ethic. They knew what had to be done, looked at each other, said, “We’re it, so how are we gonna do this?” and then did it. It was pretty amazing. And it was possible because we’d already implemented repeatable systems that were documented and communicated in the office. Systems that were decidedly not “how it’s always been done.”

But despite the strain on everyone and everything, the business survived. No one lost their job. No one missed a paycheck. My mortgage was paid each month.

Then it was time to rebuild, and I wasn’t sure I wanted to. This time around it felt like a big, hairy audacious goal that didn’t fit anymore. It was a lot for one rainmaker. It was complicated. It had a lot of personalities to manage and pieces to juggle.

Then I had an epiphany; a “blinding flash of the obvious” as I like to call it. Just because I’d built it before didn’t mean I had to build it the same way again. I could do whatever I wanted.

That was all I needed. I gave myself permission to create what I wanted, whatever was going to support the life I’d dreamed of, the life I’d hung my shingle for in the first place.

I was off and running. I started looking at businesses in all sorts of industries to see how they did things, why and with what success. And rather than say, “Oh, I can’t do that, I’m a lawyer. That’s not how the legal industry works.” I started asking myself instead, “How can I apply this in my business?”

Why am I telling you all this? Because I was where you are right now. I too was at a stuck point. A point of frustration. A cross-roads. I used to do it the way it’s always been done, but it no longer worked for me. I mean it did at some level, but there are so many other and better ways to do things in the legal industry.

That cross-roads, that point of frustration, coupled with sheer exhaustion is where Good Guardian® was conceived.

Want to learn more? Download our free eBook by clicking on the button in the upper right corner of your screen.  It’s free.  There’s no obligation. If you don’t like the information you receive from us, you can unsubscribe at any time. I promise we won’t take it personally. And we’ll never, ever share or sell your contact information. That’s my promise to you.